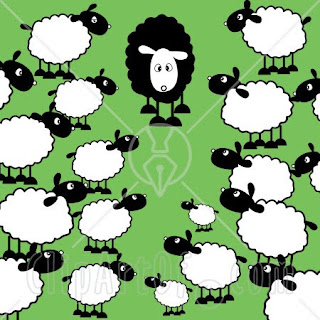 When I got to the tennis “club” on Friday morning, it was already a few minutes past nine. No one was on Court 5 and no one was in the lounge. Laura had sent me a message earlier saying she may be a few minutes late, so I figured I’d just sit and wait for her. Suddenly I saw Ann’s head pop out of the Pro Shop and then dart back in. I wandered back there and found her and Eileen sitting on the floor trying on tennis shoes. Laura the Tennis Pro was there too, pulling boxes of shoes from the closet.

“Um, it’s after nine,” I said, assuming they were just shopping to kill time.

“And Laura won’t let me play in my Uggs,” said Ann.

Two minutes later, Ann was sauntering out of the Pro Shop with her brand new black tennis shoes.

My sneakers are white leather with pale blue accents. They look like nurses shoes and there’s not a thing badass about them. I just bought them a month ago at a local sneaker store that I like to patronize so it doesn’t go out of business like all the other stores downtown. They had one pair of tennis shoes in my size – white ones – and I bought them.

I tried mightily to do what I usually do when I’m feeling left out – I tried to minimize the importance of the experience in my mind. But the evidence was incontrovertible. Ann became about 75 degrees cooler as soon as she put those shoes on. She ran faster and jumped higher. I think she even hit a better backhand.

Ok, did I just really say that? “…do what I usually do when I’m feeling left out…?” Have I just tossed my “badass” credentials right out the minivan window?

How is Laura going to divide us into teams if only one of us is ever wearing white tennis shoes? Of course this is simply about wanting to have the same sneakers as everyone else.