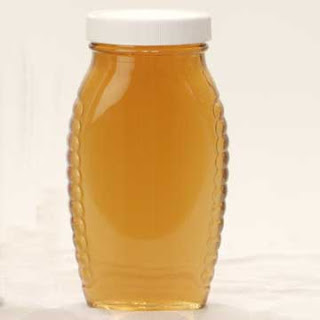 Last Tuesday I found a jar of honey in the living room. It was just sitting there on the stereo cabinet beside a framed photograph of my kids. I snatched it up and marched straight into the TV room.

“Whose is this?” I demanded, holding it straight out in front of me. I tilted my wrist side to side for emphasis. “Whose honey is this?”

My kids just looked confused. Why is their mother yelling about a honey jar? Why is she treating it as if it were contraband?

I’ve been losing a lot of things lately, and that troubles me. But finding things almost feels worse.

I recently lost my favorite RayBan sunglasses, while talking to a crazy woman outside the pet store. Poof. Gone.

I lost my copy of The Kite Runner, my black Halloween cape, a white tennis skirt, a digital camera, and the combination lock I bought my son for his locker. Long ago we lost a pair of kitchen shears – we called them “the snippers” – and ever since then we pronounce every missing thing as “being with the snippers.” The Snippers have become our symbol for mentally letting go of things that are physically gone.

I ended up finding the white tennis skirt. I also found a Sports Authority Gift Card that we’d been looking for for at least three years, as well as a #2 Tupperware lid that had been confounding me for months.

I lost 20 pounds last year, and hope never to find that again. I lose and find both my sex drive and my sense of humor on a regular basis.

But the honey is an altogether different experience. First off, it’s not my brand. Secondly, it was half-eaten. And finally, aside from Winnie the Pooh, who keeps honey in the living room? This is not family honey that had once been lost; this is alien honey that has somehow made its way into my home.

My teenage son cannot even fathom what kind of crazy scenario I could be spinning out in my mind about how his friends are somehow responsible for this errant jar of honey. In fact, I can’t even fathom such a scenario. All I know is I’m on red alert. I feel like I can’t miss a trick. My kid hit high school and now every jar of honey is suspect.

It’s hard to know how to feel about lost things. Eyesight, cell phones, flexibility, innocence. When to keep insisting they’re around here somewhere; when to declare them having joined The Snippers. And harder still to embrace those new, unfamiliar things as gifts. A honey jar, half full, shows up in my living room.