Note: The Gecko Chronicles are not posted sequentially, but you can find them all batched in a tidy little group at the left. 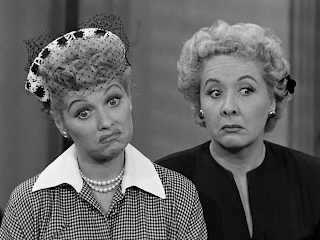 WHY WE NEED GIRLFRIENDS
Here’s what it takes to keep the gecko alive:

That doesn’t sound so hard, does it?

But somehow, about a year ago, it began to feel very hard and very onerous and it started breeding a certain resentment that didn’t make complete sense, but felt awful just the same. I spent a period of time feeling hateful, and then feeling like a bad mother/pet-owner/person. Finally, I decided it was time to actually do something about my situation. So I called Shelley.

Shelley has an enormously kind heart toward animals. She’s in her mid-forties, but is well on her way to becoming one of those daffy old women with a houseful of cats. She already has three of her own and then three more that are neighborhood strays but consider Shelley their de facto benefactor. But more importantly, Shelley was once the primary caretaker of skinks.

A skink is like a cross between a gecko and an albino eel. They spend most of their lives living under the sand in their tanks, which is just as well because they’re horrible looking. Shelley came by her skinks graciously – they were a gift to her husband from someone on his staff. Like geckos, skinks need heat lamps and night-lights, and also like geckos, they eat live crickets.

As soon as I started to share my Gecko Remorse, Shelley jumped right in. “You have to get rid of him,” she said. “You’re done. You’ve served your time. The happiest day I can remember was the day I unloaded those hideous skinks.”

From that point on my spirits lifted. Shelley didn’t think I was either selfish or inhumane for being tired of fetching crickets. So together, like Lucy and Ethel, we began to cobble together an exit strategy.
Posted by Jessica at 10:28 AM

Email ThisBlogThis!Share to TwitterShare to FacebookShare to Pinterest
Labels: Geckos