What Makes Us Tic 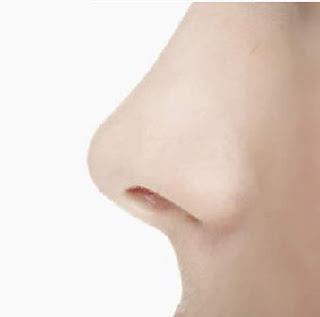 When my husband pointed out The Sniff, I told him he was crazy. “That’s not a tic,” I said. “I’m clearing my nose.”

He corrected himself. Not a tic, but a tell. Like in poker. An unconscious gesture or movement that inadvertently provides information to the other players about what’s going on in your hand. Or in my case, my head.

My tell is The Sniff. Scott says I do it whenever I am disapproving of something. It usually accompanies a sentence that declares the exact opposite of what I’m really feeling:

“Listen, you should do whatever you want.” [sniff] or “I’m happy to have your mom come visit.” [sniff]

I began to pay more attention to how and when I sniffed and I had to admit, my husband was right. Once I became more comfortable with the concept I confessed The Sniff to my tennis group. It was during a Monday clinic and I guess on some level I felt like we all needed to be closer. So I decided to offer up something revealing.

“My husband just told me I sniff when I’m really disapproving,” I shared. We were taking a water break at the time and everyone stopped drinking. “He says it’s like a ‘tell’ in poker – something I do unconsciously. But whenever I sniff, he can tell I’m feeling negative about something.”

This is the sort of information that nobody really needs to know. Not your husband. Certainly not your tennis mates. Maybe your therapist, but even that is dicey. Yet I never felt more liberated than I did after sharing it.

One thing became apparent very quickly. The Sniff was not at all relegated to disapproval directed toward my husband. My partner would hit a ball out and I would turn to her immediately and say, “No worries.” [sniff].

She would double fault three times in a row and apologize each time. “It’s fine,” I’d say. [sniff].

We all have our little tells in tennis. A gesture or remark that we make after we (or our partners) make a stupid mistake. They are our secret and private messages to the universe that, although we are not racquet throwers, we care a lot about winning – much more than might be seemly to let on. That as supportive as we are of each other – and we are that – we also really relish those times when we can rip a ball that someone else has no chance of returning. And when we do, we can turn on our heels, resume our positions and listen to our opponents over the net mutter, “Nice shot!” [sniff]
Posted by Jessica at 5:47 PM

Email ThisBlogThis!Share to TwitterShare to FacebookShare to Pinterest
Labels: tennis (sort of)