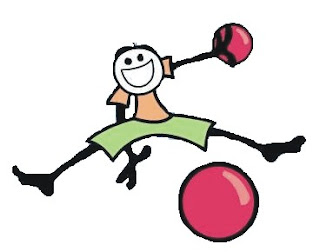 A few weeks back, the members of one of my tennis groups convened for a game and as we were about to decide on teams, one woman said: “I want to play with Jessica!” The declaration made me smile, both because I like playing with her as a partner, and because I was always the last one picked for Dodgeball.

We played two sets, and I thought we played ok, but we lost. Both sets. And the reason for that is: I always lose in tennis.

I don’t mean this in a self-pitying way. In fact, just the opposite. I’m often incredulous. “Gee, I feel like I’m playing really well. Yet, I’m losing again. What’s up with that?”

Wait. I take it back. I won once on Sunday. It was during a clinic and they were short on players, so they gave me one of the pros as a partner. He was 6’3” and had a wingspan of nearly two-thirds the width of the court. He ran down every ball and made impossible shots that none of the women I play with could have made. Still, we didn’t win 6-0. I think 6-3.

So, the woman who wanted to play with me … did she say that because she felt sorry for me? Did she think, “Now that we’re all grown up and Dodge Ball is illegal, I’m not going to let Jessica go through what she obviously must have endured as a child.”?

I feel similarly when Laura the Tennis Pro is haranguing someone in the group about their serve or their backhand. Laura can be relentless, calling out to you over and over to “move those feet,” or “use less wrist,” never letting up until you can figure out how to correct yourself. Weeks and weeks will go by, during which she seems to be picking apart everyone’s game but mine. At first, I thought it was because I was hitting well, playing well. But Dodgeball Jessica wonders if she just thinks I’m a lost cause. In that same way that you wouldn’t ever bother trying to teach a two-year-old shadow and perspective when they’re busy making crayon scribbles on their oak-tag.

This is one of the downsides of tennis being a gentlemen’s game. Of everyone being so well mannered. No one will ever really tell you how much you suck.
Posted by Jessica at 12:22 PM

Email ThisBlogThis!Share to TwitterShare to FacebookShare to Pinterest
Labels: tennis