Looking on the Bright Side (of Jury Duty)

I know I’ve spent some time complaining about jury duty, so I feel compelled to present the other side.

There are things I actually love about being there.

I love how organized it is. I love the language that’s particular to courtrooms and the law. And I love the theater of it all.

I love the movie that they show at the beginning of your first day about how it’s a huge inconvenience to serve, but it really is everyone’s responsibility. I know people who have been wrongly accused of crimes and it’s only through this type of system that they might possibly get a fair crack at justice. I’m not saying it’s a slam-dunk, but as the judge in the orientation movie says, at least they’re not being judged by tyrants, or by “professional jurors.” No one wants to be at jury duty. In that way, a jury pen is the great equalizer.

Well, the first day there was one woman who was happy to be there. I saw her as soon as I arrived and immediately pegged her as The Happiest Juror In Essex County. She couldn’t wipe the smile off her face, even on the long lines, in the cold waiting room, on the uncomfy chairs. During lunch, she happened to sit across the table from me and I started up a conversation right away. “You’re the happiest person in this whole building,” I said. It was a risk, I know. She could have been a nut.

But she wasn’t. She was just a Special Ed teacher from a Vocational School and in all her many years of adulthood she’d never been asked to serve. This was a novelty to her. And an honor. She came to it with Beginner’s Mind (which is a Buddhist term that basically refers to how when you don’t judge things and imbue them with all your residual ca-ca, everything – EVERYTHING – is pretty remarkable and amazing). She was fascinated by the proceedings and her excitement was infectious. It prompted me to start noticing what was lovely about being there as well.

I love how beautiful that courthouse is. From the outside, the old structure is an amazing piece of architecture, and I’ve seen parts of the interior renovation that have taken my breath away. The landscape and grounds are beautiful: marble benches, flowering shrubs, quiet fountains.

I love how they seem to redo the jury pen every few years – keep it from getting run down and shoddy. Flat screen TVs in the waiting rooms. A clean, quiet wireless enclave for computer users. Free coffee and tea (and not just any coffee – they have several of those fancy Keurigs that I like to play with whether I want a cup of coffee or not).

More Beginner’s Mind: There was a judge in the cafeteria that was dressed like Mr. Rogers. The sandwich counter serves whole wheat wraps, which you can get with anything you want in them. And one TV in the café was playing Judge Mathis (which is not nearly as good as Judge Judy, in my humble opinion, but is it’s own special delight nonetheless). Best for me today was the conversation I overheard between three women at the next table about Autism and Asperger’s. A fourth woman within earshot interjected: “I heard you talking about Asperger’s and it caught my attention…I have Asperger’s…” and then the four of them were off on that for an hour.

That’s what I love most about jury duty: that a disparate group of people can come together – I mean really come together, not like on a subway or a post office line, but like at a cocktail party, which is what jury duty always seems like to me toward the end. As the hours tick by, you can see people striking up conversations with strangers. Someone they just sat next to during voir dire, or the folks at the coffee table. People laughing, telling stories, like a big ole block party. I would pass by different groups and think, “They’re having fun. Maybe I should join them.”

Jury duty makes that very act so easy to do. Unlike a party, where I’m afraid I may be imposing on a longtime circle of friends, here I know that no one knows each other. They’re just friendly and having fun.

Sometimes it takes something cataclysmic for a large group of strangers to pull together and make the best of a trying situation. And sometimes it takes nothing more than just donning Beginners Mind and showing up for your civic duty.
Posted by Jessica at 3:27 PM 1 comment:

Has Justice Really Been "Served"?

I had lined up a possible sub for myself over the weekend. I couldn’t really bring myself to all out cancel Wednesday tennis, but I did know there was a possibility that I wouldn’t be able to go.

My jury duty was scheduled for Tuesday and Wednesday, but I’ve been down this road before. You clear your schedule for both days and then, after day one, they tell you that you don’t need to report the next day. So I decided to take a wait and see approach before I locked in and gave up my tennis slot.

Yesterday I showed up with a satchel full of books and projects to amuse myself and really believed that I would not be asked back for my second day of service. I sat in the waiting area all morning, listening as names were called for various courtrooms. Mine never was. Lunch came and went. I used the time to walk around outside. More sitting. Reading made me sleepy and I could feel my mood becoming sour. Three o’clock rolled around and still my name never made a list. Well, I thought, at least this day is almost over. And then I can play tennis tomorrow!

At 3:15 they rattled off a long list of people and my name was on the list! “Damn it,” I said to the woman next to me. Why are they calling people now? No judge is going to start trial selection at 3:30. This whole place closes down at 4:00.

We all gathered round the front desk and listened to the young man who had been botching names over the loudspeaker all day. “This group has been randomly selected to be dismissed for the day…” he droned. Sad, lifeless faces lit up with beaming smiles. “…but you will all need to report back here tomorrow morning at 10 a.m.”

Are you fucking kidding me? I have tennis!

I emailed my tennis sub and told her she could definitely play. I brought my laptop today so I didn’t have to wade through a single moment of lackluster books. I wore sneakers so I could have a good and proper lunchtime walk. But that’s not all. I also decided not to shower. And to wear my son’s black Volcom hoodie. There is no way anyone is going to pick me for a jury in the state I’ve shown up today. 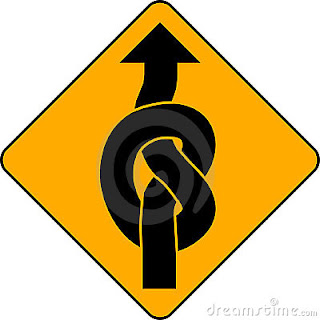 What on earth has happened to me? I used to be able to find my way anywhere. Now I spend most of the time in my car groaning and cursing – as if I’m labor again.

I had to be at the courthouse for jury duty today at 8:15. The trip is less than 10 miles. Still, it’s rush hour and it’s Newark, so I left myself plenty of time: 45 minutes for a 20-minute trip. I walked into the building close to 9 o’clock. Forty-five minutes LATE. I hate being late. Even for jury duty.

I conscientiously followed the directions on the Summons mailer. There was a bit of highway traffic that set me back some, but I was still looking at an 8:30 ETA. Then I got to the parking lots. There was a sign that said Juror Parking with an arrow into a lot and a long, long line of cars waiting to make the turn in. Then there was ANOTHER sign that said Jurors with an arrow pointing straight ahead (and NO line of cars). So I followed THAT sign.

Too late. I was already disoriented. It wasn’t a straight shot, and I soon found myself in new, unfamiliar territory.

This never used to happen to me. I would read directions and get where I needed to go. That now feels like the exception, not the rule.

It probably seems like I’m a good candidate for a GPS system. I have one. I consider it my arch-enemy. It’s a factory-installed system that fails me almost 100% of the time. I’m certain that there’s some default setting deep within the bowels of its programming that first selects The Ghetto Route for every requested destination. I’ve discovered more blighted and decrepit neighborhoods in using my navigator than I’d ever known even existed in North Jersey. And if that’s not bad enough (which, in my opinion, it definitely is) the little bulls-eye on the screen rarely bears any resemblance to the place I’m trying to go. It will get me in the general vicinity, but that’s about it. Once, on a trip to the Boston area, I was trying to get to a hotel and it kept chirping “Destination on left,” when all that was on the left was a trash-strewn lot. We were miles from the hotel. Miles.

So even though I was late and panicked, I resisted the urge to punch in the address of the courthouse. Instead I did what I used to do in the old days: I found a street cop to ask directions. I pulled up just ahead of him and left my car running as I walked back to where he stood. He knew I was lost. He knew I was a loser. I didn’t even get three feet from my car before he yelled to me, “Where are you trying to get to, Ma’am? Jury duty?”
Posted by Jessica at 7:29 PM No comments:

As A Bitch, I’ve Failed.

Guess what? I’m not a bitch. Or, at least I’m not enough of a bitch.

This most recent discovery took place when a writer who found me on Patch.com asked if I would ever be interested in writing for her blog The Wellness Bitch, which is about living more healthfully but presented in a (shall we say) sometimes brusque manner. I’m not really an ideal candidate for guest blogging there because I don’t live all that healthfully. But I loved the name of the site and I do have at least one “wellness” topic that I’m passionate about, so I agreed to submit a post.

Guess what? It wasn’t bitchy enough.

I had a feeling that would be the case even as I was writing it. I even tried to become a little meaner as the paragraphs unfolded. “You can do this,” I chided myself. “Get your inner bitch on.”

My email to her acknowledged that I’d overpromised. “You don’t need to run this if it’s not bitchy enough,” I’d written. “I guess I thought I was more of a bitch than I actually am.”

The Wellness Bitch did reject my post, on the grounds of insufficient bitchiness. In some ways, I guess that could be considered a compliment. But as The Queen of Seeing the Negative Side of Everything, I immediately felt like a loser because I wasn’t a big enough bitch.

As fate would have it, The Wellness Bitch has another website, far less bitchy, called MindfulLivingNJ.com and it is there that she wanted to run my Neti Pot post. I really like it there, and now I don’t have to feel bad about my underdeveloped levels of bitchosity.

Best of all, I now have something to aspire to.
Posted by Jessica at 12:35 PM 2 comments: