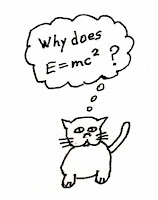 Ever since Father’s Day actually, when a group of us sat around the picnic table trying to define "intellectual." Someone had been telling a story about a woman none of us knew. He described her as an intellectual. Someone else picked up on that and ran with it: What makes someone an intellectual? Isn’t it more than simply being intelligent? Or well read? Everyone around the table that day could have been described as smart – some extremely smart – but we all agreed, none of us were intellectuals.

No one could quite say why. My husband described it as the difference between being athletic and being an athlete. Another person suggested that maybe it was like pornography – difficult sometimes to define, but you know it when you see it.

Someone then asked, Hey, how many of us are pseudo intellectuals? Several hands went up, including mine. I had unwittingly interpreted that to mean “intellectual wannabe” instead of “big fat poser.”

I came home and looked up Intellectual (n.) on Dictionary.com, mainly interested in the subtleties that differentiate an intellectual from just someone who is super smart.

It said: “a person who places a high value on or pursues things of interest to the intellect or the more complex forms and fields of knowledge, as aesthetic or philosophical matters, esp. on an abstract and general level.”

And after that, I couldn’t write. In fact, I could barely even think. I felt so inadequate about my inability to be abstract and general. (Not to be confused, of course, with my highly refined talent for being cryptic and meaningless.)

I still have a lot to say. But I’m afraid no one needs to know any more about my gecko or my crickets, my coconut bra or my flailing tennis game.

I know people will email me privately, begging me to write further about the nuance to my backhand. And, you know, I’ll probably comply. But I’m just saying, it might be different around here from now on.

And then again, maybe it won’t.
Posted by Jessica at 2:34 PM